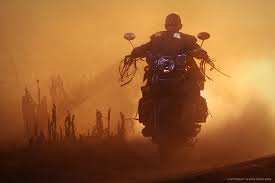 FORMED IN 2011, NWC IS THE NORTHWEST CHAPTER OF THE WIDOWS SONS MASONIC BIKERS ASSOCIATION – WE LIKE TO RIDE OUR BIKES AS OFTEN AS POSSIBLE AND HAVE GREAT FUN DOING IT, WHILST RAISING MONEY FOR CHARITY AT THE SAME TIME !

The Widows Sons were originally chartered in 1998 in the USA for Motorcycling Masons to raise charity funds for widows and orphans. The first chapter was based in Illinois. It was, and still is, called the Widows Sons Masonic Riders Association.

There are now some 150 Chapters across the USA and Canada – all Masons, all motorcyclists. If any UK WS visit USA and inform brethren in WS Chapters over there, they are well looked after.

In 2004 the WSMBA was formed in UK. Once 4 Chapters were formed, the Presidents Governing Board was formed which now administers all UK activity. Although close links are maintained, the UK Widows Sons Masonic Bikers Association is independent from it’s USA cousins.

Northwest Chapter was formed in 2011 by 8 founding members and has gone from strength to strength from that date to this. We now number around 50 patched members and a number of Bad Pennies (support group), with several members waiting in the wings.

The purpose of the WSMBA is the following:

Our goals are to:

Introduce the pleasures of motorcycling to our Masonic Brothers
Raise Masonic Awareness in the world of motorcycling
Support our regular Masonic lodges through regular attendance and assisting with or attending lodge events.

So, how do we achieve our goals ?

1 — introduce the pleasures of motorcycling to our Masonic Brothers – we communicate amongst as many Masons as possible who are already motorcyclists to come and join us – there is a good example in Hardshaw lodge – the Worshipful Master – Bro Paul Brunskill of Hardshaw Lodge 8722 – decided to take and pass his motorcycle test at the tender age of 59 so he could join WS !! He is now a fully patched member and actively participates in all we do.

2 – Raise Masonic Awareness in the world of motorcycling – we have a support group “The Bad Pennies” which is open to membership by anyone – this introduces motorcyclists to us and also Masonry. Most of our wives / girlfriends are members of this, and also quite a few non Masonic motorcyclists. Carl “Fritz” Farber was initiated into St George’s Lodge, Chorley on Tuesday 18th October as a direct result of riding with us. Once he had joined Bad Pennies he became fascinated by the Masonic aspect and decided to join a lodge in his own right. He will be the 7th new Mason who has been initiated in this way in the last 12 months, and the second to join St George’s lodge.

3 – Support Masonic Lodges by regular attendance and assist at events – we as a group are very supportive of each other and our lodges range all over the Northwest from Settle to Llandudno and all points in between.

As well as supporting each other Masonically, we also become involved in a lot of charity work – examples are below:

£250 to the Kidney unit at Manchester Royal Hospital.

£2200 to the Mark Gorrey Foundation for testicular cancer.

So, as you can see, our charity work is an extension of our other Masonic commitments.

It is easy to join – you must be a Master Mason and ride a motorcycle that is capable of keeping up on ride outs.

Once they have completed 3 ride outs, a ballot amongst existing members is taken – if all are in favour, then the new member is allowed to join in their own right.

There is a special patching ceremony which is performed as the new member receives their WS insignia.

We have also rescued a lodge in St Helens – Loyalty 897 and a Chapter – c1380 – shortly to move to Bryn – both of which will be dedicated to Biker.